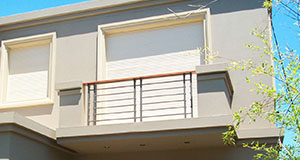 Can span 5700mm wide to protect your doors and windows from bushfire flames and radiant heat. 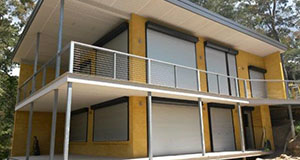 Our bushfire resistant shutters will reduce risk of windows exploding from heat, and protect the glass against debris being thrown by strong winds. 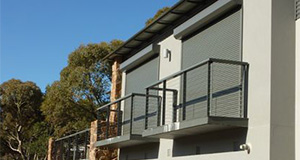 Rollashield Shutters stop sparks and embers from entering the building through broken windows and can be electrically or manually operated. 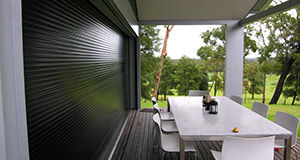 Building in a Bushfire area

Building in a Bushfire Area >

Apart from unsealed eaves, the most common way that a house is lost to bushfire is that heat causes the windows to explode or that enough heat is radiated and magnified through the glass to cause curtains to burst into flames.

90% reduction in Radiant Heat can be achieved by fitting Rollashield Forceshield Shutters helping to ensure that windows and other glass areas do not shatter thereby preventing flames from entering the building. Our bushfire shutters reduce the heat gain through the glass, curtains and other flammable internal fittings thus protecting against ignition from the external heat and flames.

Wind turbulence will often carry debris that will shatter windows long before a fire arrives. Rollashield’s Forceshield Roller Shutters prevent the debris from damaging the glass and thereby allowing the flames to enter the building.

The Rural Fire Services and councils such as The Blue Mountains City Council recommend Window Roller Shutters as additional protection for buildings in high-risk bush fire prone areas, which is why we have among the most sought after fire shutters Sydney has.

Sean …. the shutter has been installed and can I say the product looks sensational. It is well worth the investment and I could not be happier. Thanks again for looking after me and I will recommend you and Rollashield to my friends anytime.

It was a  marvelous job done in my Wiley Park Office yesterday, God Bless You Guys.

Thank you to Rollashield NSW for a job well done.

The installer team were very professional on site and completed the job with ease.

Just had Rollashield install my shutters what a great company to deal with. They really know what they are talking about. The install went like clock work and neat and tidy workman and no mess to clean up great work boy’s.

If you’d like to hear more about our range, get in contact with the experts in Bushfire Resistant Shutters today: 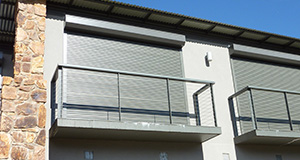